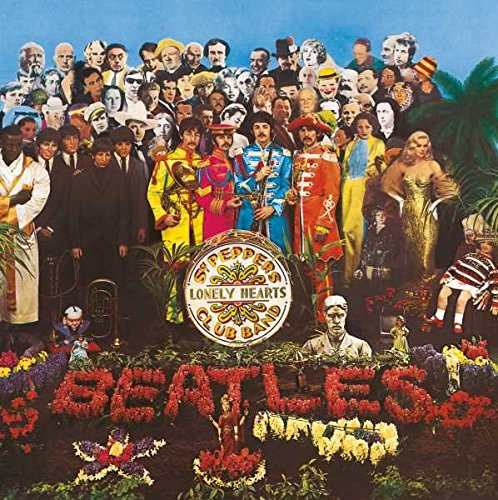 I know there will probably be at least a million articles, blogs, or comments made about the Fiftieth Anniversary of the release of The Beatles masterpiece, “Sgt. Pepper’s Lonely Hearts Club Band.” There’s a couple of brand new editions of the album to celebrate the day. PBS has a new documentary ready for June 3. And probably a million entries have already been printed in the past fifty years.

So, what can I possibly say about it that someone else hasn’t already said?

At this point, I can tell you what I remember about the album and how radio handled it. At the time it was released in the U.S., June 1, 1967, I was not aware of how albums were even released.

I was a little kid listening to the radio. My album collection consisted of, “Meet The Beatles,” “The Beatles Second Album,” and “Beatles ’65.” I had picked up a few Beatles singles along the way: “Can’t Buy Me Love,” “Eight Days a Week,” “Paperback Writer,” and “Strawberry Fields.” I was quite content to listen to those selections repeatedly, but my music obsession would start with “Sgt. Pepper.”

It all started innocently enough. It was late spring and radio stations in Detroit, mainly WKNR and CKLW, AM stations that started right off with playing the opening medley of “Sgt. Peppers Lonely Hearts Club Band” and “With a Little Help From My Friends.” But they were forced to play album tracks because a single was never released from the album!

Stations, then, were wide open to play what they wanted. “Lucy in the Sky With Diamonds” was soon picked. “It’s Getting Better,” “Fixing a Hole,” “Lovely Rita,” “When I’m Sixty-Four,” “Being for the Benefit of Mr. Kite” and “Good Morning, Good Morning” were all played regularly, at least one cut, often hourly, throughout the next six months—at least. They even tapped the closing medley of “Sgt. Pepper’s Lonely Hearts Club Band (Reprise)” and “A Day in the Life”—quite adventurous for radio at that time!

I also seem to remember that every Sunday morning on CKLW, and timed perfectly to end at 6AM, they would play the closing medley. I was a paperboy and it was motivation for me to get up on Sunday morning to hear it.