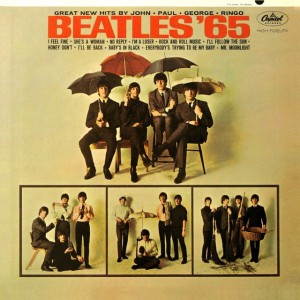 I thought the best way to start my new website would be a variation on a silly line that John Lennon used in “A Hard Days Night.”  I say that because I am looking to have a lot of fun writing about The Beatles, my favorite—anything!   Maybe I should step back a little bit and do some explaining.

If you have ever read anything on my other website, philmaq.com, you would put together the observation that I am crazy about music. All kinds of music! The Beatles are at the top of that obsessive interest. They have meant so much to me for as long as I have been aware of them. I can’t even tell you how many hours I have listened to their music both as a group or individually as solo artists. Whatever the number is, it far exceeds many of the closest artists combined by a large factor. I can honestly say that I still make new discoveries when listening to songs I’ve probably heard tens of thousands of times.

As a musician, Beatle songs are so much fun to play! They’re full of intricate surprises that sound so great when they come alive in your hands!

The extent of my musical obsession hit me hardest a few years ago when I felt saddened because I had a thought about my own mortality. But I wasn’t sad because I was getting older. No, I was sad because I realized that I had less time to listen to The Beatles! I’ve since come to grips with that dilemma, sort of, and I have just decided to appreciate listening in the moment.

Being able to do anything about or with The Beatles is as close as it gets to a lifelong dream for me. “Beatle Bits” will consist of a mixture of many different things. It might be an item that was overlooked elsewhere. It might be upcoming news. It might be reviews, or gossip. But I also want “Beatle Bits” to have some musical analysis.

And I couldn’t think of a better day to launch this new site:

This video is from last year, but it offers some great images of Paul throughout the years. Enjoy!