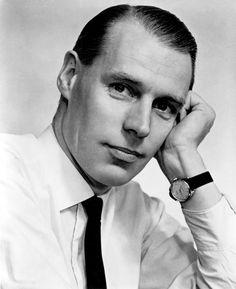 As I stayed up and waited for the final results of the Michigan State Primary, I received word from someone on Facebook that George Martin had passed. I have learned over time that one has to verify whether someone has really passed, but I knew in my heart that it was all too true. And even though he hadn’t been able to do anything work related for a number of years because of deteriorating hearing, it still seemed very sad.

When someone artistic passes on, the accomplishments of that person are often exaggerated to such extremes of hyperbole that if that person were alive, they may not have even recognized the impact of their works. The memories recalled are just so vivid and important. A little time has pass to fully assess the artist and put their work into some kind of perspective. With George Martin, his hyperbole may be understated.

George Martin had been moving through life as a successful producer when he intersected paths with The Beatles. They had been brought in to audition for Parlophone Records, pretty much a label that hadn’t made too much of a mark in the world of music, mainly concentrating on comedy albums and classical music. This background may have indirectly led to his best traits as a producer–being patient enough to let the work develop. The music industry at the time was more interested in novelty songs and one hit wonders versus thinking in terms of longevity. The Beatles themselves were still trying to figure out where they fit into the scene—if at all. In the end it turns out that they each needed each other but didn’t know it yet.

Once The Beatles were signed to the label, there was evidence that they hadn’t really sold their talents to Martin. He brought along a song for them to record that he felt would be a hit. And he was correct. It just wouldn’t be for them. I’m referring to “How Do You Do It” which became a monster hit for Gerry and The Pacemakers. They didn’t know what to do because they wanted to record songs they had written, but they also didn’t want to hurt their new producer’s feelings. The Beatles halfheartedly attempted to do a version of the song. The only thing that the song had of value was a soulful solo vocal by John Lennon.

Another example that showed that George Martin wasn’t sure how to handle the group was when he had studio drummer Andy White sit in for Ringo Starr on drums on “Love Me Do.” Now they had a chance to do one of their own songs, but it still didn’t feel right because the band still wasn’t complete. This must have been very frustrating for The Beatles because they had gone through such personal turmoil to replace longtime drummer Pete Best with Ringo Starr, and now Martin didn’t think he was good enough to play in the studio!

George Martin also had to rearrange the vocals on “Love Me Do.” It was John’s song, but he couldn’t sing and play harmonica at the same time, so Martin gave the “Love me do” line to Paul McCartney to sing. Paul has said in interviews that he wasn’t sure how John would take it giving up his line. McCartney says that when he hears the song that he can still hear the nervousness in his voice.

But that’s what a producer does—especially with a novice recording band. From those humble beginnings, they eventually developed into a world wide recording team at warp speed. The next break that Martin was “instrumental” in creating a masterpiece was when “Please Please Me” was brought to him. Lennon wrote it as a Roy Orbison type of ballad. It was Martin who suggested recording it at a faster tempo. When the band scored their first Number One hit with the recommendation, they truly never looked back as Beatlemania broke in England over the brand new sound!

The Beatles drew on Martin’s vast knowledge of music and had him play on several songs—most notably the Bachian piano solo that Martin sped up to sound like a harpsichord on “In My Life.” If there ever was an argument as to who was “the fifth Beatle” that alone has to settle the argument. Brian Epstein and Murray the K never provided a musical track for any Beatles song.

As the band achieved more success, George Martin did, too working with other artists. Gerry and The Pacemakers, Cilla Black, Jeff Beck, Elton John, and Billy J. Kramer and The Dakotas.

To me, one of the greatest musical achievements he ever did was melding two different takes of “Strawberry Fields Forever” in different keys and tempos. A flippant John Lennon threw it to Martin when he couldn’t figure it out for himself. It was and still may be my favorite Beatles song. George Martin said that he could always detect where the two tracks were spliced at approximately the 1:00 mark. He felt that it sticks out like a “sore thumb.” I have listened to the song for decades and even knowing that it’s there, I never feel that it’s ever different than what it’s supposed to sound like.

Over time, the individual Beatles grew less fond of George Martin’s influence and techniques. Lennon felt that he wasn’t getting his voice quite right. George Harrison was pretty much ignored as a writing talent. Paul McCartney felt so motivated that he conducted the orchestra for the string track on “She’s Leaving Home” one day when Martin couldn’t do it, but McCartney wanted it done. Ringo Starr felt so unappreciated by “The White Album” that he quit the band for a while. It was not so easy being a producer for a band that had outgrown their own heads.

The magnificence of George Martin’s genius took place on The Beatles final and possibly best record, “Abbey Road.” They wanted to do one more album like they had done in the old days. They had to convince him that they were willing to hand control over to him so that he could become a producer again instead of “detention teacher for spoiled kids.”

After the band and Martin had parted ways, George continued to do excellent work with other bands and artists. Some of the best music America had ever recorded took place under the watchful eye of George Martin as he produced several of their albums. Little River Band also revived their career under Martin’s talents. One thing that I found out after he passed was that Dire Straits had George Martin do the lush string arrangement for a song called “Ticket to Heaven” for their last album “On Every Street” in 1991. I always have thought that was one of Dire Straits’ best songs!

George Martin was not without flaws. He has apologized for snubbing Ringo on “Love Me Do” or ignoring George Harrison’s talents. But in the same breath he also has stated that he was working with two of the greatest writers in musical history, so you can’t blame him too much for arriving late to catch up to Harrison.

So, as I look back to that birthday when I first received my copy of “Meet the Beatles,” and noticing the very plain unassuming name for producer, George Martin, and then seeing it appear over and over again on subsequent releases over the years, you had to respect the talent. Even with the incredible songs on each record, they always had an incredible sound quality. Ringo’s drums always sounded sizzling. Harrison’s guitar distorted or clear for just the right effect. The vocal harmonies were so crisp!

I don’t think that under the circumstances of the musical industry at the time that The Beatles would have made it without George Martin. He was willing to let the band evolve and explore with him at the helm. Another producer may have just crushed them and we might still be listening to novelty songs and one hit wonders. But The Beatles wanted a career. They were wed to their music. A common question during Beatlemania was what would everybody do once the bubble burst. Through the work of George Martin, that bubble has never burst and probably never will with young people discovering the band every day. Thank you, George Martin! You helped make some of the best music ever made!