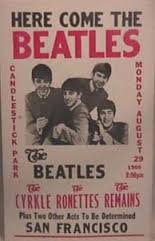 When I was a wee lad, my family liked to go on “vacations.” It was an annual thing, like what a lot of people did by automobile. Since we didn’t have video games and I wasn’t into drawing, I was curious about the papers with the squiggly lines. Probably, to shut me up, someone took the time to explain what everything meant. Well, I learned pretty quickly how to read a map before I learned how to read.

My older brother, who would go out of town for no reason in particular, would take me along because I was so good at map reading. At the end of December 1965 and the beginning of 1966, while I was still on Christmas break, my brother tapped me to go out east to Massachusetts with him. It wasn’t a bad deal. I got to eat at all the restaurants and see the mountains with snow on them. (I would do this so often, that I knew where all of the McDonald’s were between Detroit and Boston! Mmmmm!)

And once again to occupy myself, I usually got to spin the dial on the radio. That is, unless it was top of the hour. Then my brother wanted to hear news and weather. It was a pretty good deal. Of course, when he got tired of my mixture of British Invasion, Motown soul, and anything else I could find, he sometimes would lock in on some country station. Ugh!

During that Christmas break, we both heard a lot of “Monday, Monday” by The Mamas and The Papas, but also an unbelievable amount of “Michelle” by The Beatles. I remember hearing that song driving around mountains and through small Canadian towns in the early hours before dawn, because the fastest way to Massachusetts was shooting across Ontario on the 401.

Right now, it was fifty years ago today that “Rubber Soul,” the album that “Michelle” was released as a single from, ruled the top of the charts for six weeks. I had no knowledge of the album. That was beyond my scope at the time. But I knew I loved The Beatles, and it was great having them be the occasional soundtrack for one Christmas vacation so long ago!